How does zinc impact the immune system?

Zinc is a mineral that after iron, is the next most abundant and found in every cell of your body; and for very good reason. This important ‘trace’ mineral, while not required in large amounts, plays a mighty role in critical processes in the body - from gene expression and DNA synthesis, to immune system function and wound healing. It is a cofactor for over 300 enzymatic reactions in the body - a heavy workload for this mighty mineral indeed.

When it comes to your immune system, zinc is a foundational mineral, working hard to keep all of your immune cells primed and ready for action when needed, while ensuring your system doesn’t overreact either. Let’s take a closer look.

The critical role of zinc on the immune system was thought to be first highlighted in the Middle East only about 50 years ago, where researchers found that severe zinc deficient patients had a number of immune dysfunctions, and were more likely to die from infections before the age of 25.

Much of the role of zinc on the immune system has since been discovered through the study of zinc deficiency. Zinc affects many aspects of immune system development and function and has been shown to work as a ‘gatekeeper’ for your immune system.

Our immune system is made up of cells that function like security guards patrolling your blood for invaders, tagging, ticketing and removing foreign offenders. There are two lines of defence that make up your immune system: your Innate army and your Adaptive or Acquired immune army. The Innate army is the first on scene - responding quickly to invaders while the Adaptive immune system, made up of cells called lymphocytes and further differentiated into  ‘B’ and ‘T’ lymphocyte cells, are called on when these invaders slip past your Innate immune system. B and T cells each have their own unique roles and they go through a number of steps in their development and maturation that impact how they work in the body. Research shows that the maturation and function of B and T lymphocyte cells is impaired by zinc deficiency. For example, a deficiency is thought to affect the balance of a type of T cell, known as the T helper cells, in your body, and this imbalance can impact resistance to infection. Zinc is also a known cofactor for thymulin, an important hormone produced by the thymus gland that is essential for T-cell maturation.

Natural Killer (NK) cells are a type of White Blood Cell that our bodies produce, as part of our Innate immune system. Once these cells detect foreign invaders, they release granules that work to destroy, or as their name implies, "kill" infected cells and pathogens. Studies show that zinc supports the production of NK cells and their activity. Experimental studies have shown that even a mild deficiency in zinc may decrease NK cell activity.

Zinc also plays an important role as an antioxidant, helping to neutralize reactive oxygen species (ROS) and nitrogen species (RNS) and protect your immune cells from oxidative stress and damage caused by these species. Studies show that zinc supplementation in the elderly results in lower infections, decreased oxidative stress and fewer inflammatory markers, known as cytokines.

Zinc helps to keep inflammation at bay in the body - another critical component of keeping the immune response healthy. While inflammation is a normal and natural process in the body’s healing mechanism, uncontrolled inflammation can be harmful. Zinc helps to decrease the inflammatory response during infection. In one particular study,  a zinc deficiency was associated with excessive inflammation in patients hospitalized with sepsis, a blood infection. Zinc seems to respond to a specific protein that is released during the immune response and once shuttled into your immune cell, it turns down inflammation. Scientists have proposed that this could be part of the mechanism to explain how zinc supplementation at the onset of common cold symptoms seems to improve the outcome.

Viruses, Zinc  and the Common Cold

A little zinc may go a long way when it comes to infections. Studies show that zinc has both direct and indirect antiviral effects. It appears to interfere with viral replication and helps to stabilize cells to prevent viruses from attacking. It has shown positive effects in a variety of viruses from the nidovirus family, including human coronaviruses.

A 2019 showed that children hospitalized for acute respiratory infections who were given zinc had a shorter duration of illness and hospitalization. A 2020 scientific review concluded that zinc supplementation had the potential to reduce the common cold by 2.25 days, which is caused most commonly by rhinoviruses, as well as coronaviruses, respiratory syncytial virus (RSV) and parainfluenza.

Zinc is currently the subject of investigation for use in patients with the novel human coronavirus, SARS-CoV-2 virus causing Covid-19. Scientists are investigating the role zinc may play as an adjuvant therapy by reducing inflammation in the lungs, and the impact it may have on viral replication and bacterial co-infections, especially in the elderly.

Zinc deficiency is thought to contribute to up to 450,000 yearly deaths in children under 5 years of age, primarily in Latin America, Africa and Asia, where diarrea, malaria and pneumonia associated deaths are tragically quite common.

In industrialized countries, the elderly are most at risk for marked zinc deficiency, with an estimated 30%  being deficient. We know the immune system undergoes a decline in function with age, predisposing the elderly to illness and complications from viruses and bacterial co-infections. Zinc intake may be especially critical for this infection-vulnerable group. Studies show that zinc deficiency increases the risk of pneumonia in the elderly, while supplementation improves T cell function in the elderly and may reduce the incidence and severity of pneumonia.

Should I supplement with zinc?

While zinc is an essential mineral for the body, it is literally “essential” in the sense that your body does not produce it, so it’s important to get adequate amounts from your diet (animal sources like meat and shellfish contain the most absorbable amounts of zinc) or from supplemental sources. A little goes a long way with zinc and excess levels may be harmful for the immune system and may compete with copper absorption. Health Canada sets out an upper limit of 40-50mg per day of supplemental zinc for healthy adults. Talk to your Naturopathic Doctor about the optimal amount of zinc supplementation for your health needs and how to keep your immune system well-supported all year long. 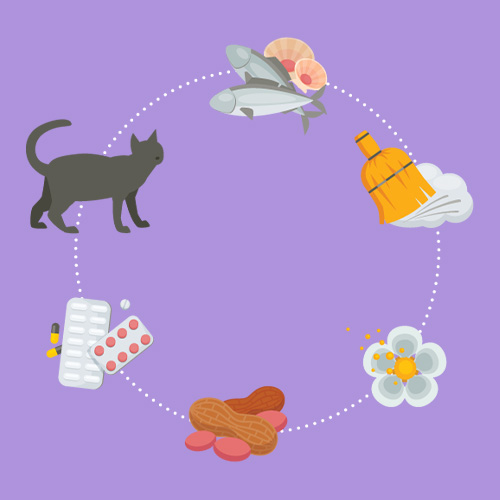 Did you know that zinc can be helpful for allergies? Preventing pesky allergy symptoms starts with supporting your immune system. The importance of zinc for healthy menopause

A zinc deficiency during menopause can contribute to difficult symptoms. Supplementing with zinc can relieve these symptoms. Suffering from stubborn dandruff and fungal overgrowth? Whether you have an oily or dry scalp, supplementing with zinc can reduce dandruff.
More